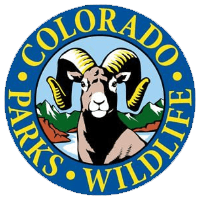 GET YOUR COLORADO FISHING LICENSE HERE

Colorado, one of the only states in the world to turn down the Olympics, is located on the western side of the United States. It’s famously called the Centennial State and got this nickname as a result of it achieving statehood after exactly 100 years of the country’s declaration of Independence.

Colorado is one of the few states having distinctive treasures that make this state unique from any other. Rocky Ford is called the melon capital of the world. The World’s top flat mountain is located in Grand Mesa. Its capital, Denver, is also called the Mile-high city because of its elevation above the sea-level being exactly 5280 feet that’s equal to 1 mile. The entire city’s elevation is above the 5000 feet range making it one of the highest cities in the entire United States – not only that; Colorado has the highest average altitude than any other State in America. Denver also has the longest continuous street of America named Colfax Avenue. There are so many interesting facts this state holds on, and you will come to know a few of them throughout this article.

The State fish of Colorado is Greenback Cutthroat Trout which is the easternmost sub-species of cutthroat trout and presumably extinct in 1937 had some of its species rediscovered in the Mountain Waters of Arkansas and South Platte River drainages of Eastern Colorado. Although much of its historical range has vanished, the remaining specimen, 1% to be precise, is believed to be only in Colorado.

The state of Colorado is considered to be the hub of Trout fish with the most diversified Trout species present currently. It has the Cutthroat trout, Rainbow Trout, Brown Trout, Brook Trout, and Lake Trout. Other than Trout of all kinds it also has Kokanee Salmon, Mountain Whitefish and some endangered fish species such as Razorback Sucker, Humpback Chub and Colorado Pikeminnow, which if found, need to be returned immediately to the water. Colorado is also famous for its 20 inch Trout, and it possesses big meaty 20 inch Brook, Brown, Rainbow and Cutthroat trout in its waters.

The Coloradan waters are filled with Cutthroats, Rainbow and Brown trout. This region is becoming increasingly popular fishing destination and people from other parts of the country visit Coloradan lakes and rivers in search for Trout of all kinds. The state is renowned for its Rocky Mountain lands, Rivers and Lakes and what’s more, is that these are open for public fishing. With almost 2000 reservoirs up your sleeve, you’ve got plenty of options to choose from!

You simply need to look at the private property signboard, and if it isn’t there, throw the bait. You would see a rule board near the lake mentioning the type of fishing allowed, just to ensure you don’t attempt any disallowed fishing stint. For instance, at some places, you’re allowed to use live bait whereas others are only for fly-fishing. Here are some of the most amazing fishing spots Colorado has to offer. 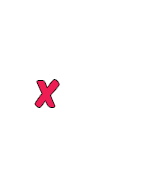 One of the most popular tourist attractions of the state of Colorado, the Rio Grande River starts from the San Juan Mountains in the southwest of Colorado and ceases at the Gulf of Mexico. The section with the best catch available is between the Del Norte and the South Fork towns in the San Juan Mountains. Fish hatching is at its prime during the mid-summer season from June to July, and you’ll have some of the most amazing trout up for grabs. 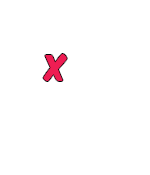 How about the Fryingpan River in Basalt?

Located between the Aspen and the Glenwood Springs, Basalt is considered to be one of the most sought after places for holiday and vacation primarily because of the innumerable recreational activities available in the area. Fishing is the top-notch activity around, and anglers come from far, and wide places to lay their hands on some of the most amazing catches the frying pan river has to offer. Very rarely would you see a ten pounder Rainbow Trout anywhere else, but here it’s perfectly normal. The Roaring Fork and the Ruedi Reservoir, with crystal clear water, has a Gold medal section with some of the most renowned Trophy fishes lurking in the waters. 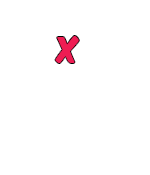 Fish via Rafting or kayaking at the North Platte River

Another of the most popular Coloradan fishing destination, the North Platte River is famous for some of the best trout to have ever made the west waters. Grassy meadowlands near Walden is the starting point of the river flowing north towards Wyoming. Some of the sections of the river, although very popular can only be accessed via raft or Kayak making your fishing stint an adventurous one at the same time. 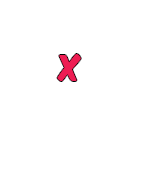 Cutthroat love at the Gore Creek

For the love of Greenback Cutthroat Trout, you’d surely want to visit the Gore Lake. Although the lake is comparatively smaller than any other fishing spots of the state, it certainly has the most value because of the presence of some of the trophy fishes of various kinds but above all the state fish of Colorado – the Greenback Cutthroat is present in the Gore Waters, making it the Angler’s best choice fishing spot of the state. 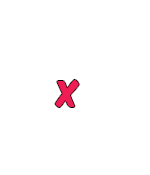 Fish at the highest point, the Upper Arkansas River

Leadville is officially the highest city of the United States in terms of its elevation above the sea-level. Standing at 10, 152 feet above the sea, this city offers one of the unique fishing experience you’ll ever have. The area possesses unique bio-diversity with alpine meadows, fields of hay and desert right across the mainland which is quite rare by any means. The upper Arkansas River is home to the some of the most beautiful Brown and Rainbow Trout thanks to the boulders and bends that make an excellent habitat. 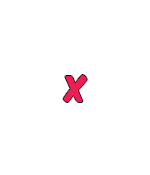 The Reservoir at the Spinney Mountain

When you visit the Spinney Mountain Reservoir, in the Park County you are bound to stay back and admire the scenic view of the lake, neighboring landscapes and amazing shorelines. You can boat, fish and hike in the surrounding area but staying back and camping is strictly not allowed. The place is famous for is trophy size fishes, and you can grab some gold medal trout, walleyes and Salmon of different kinds here. 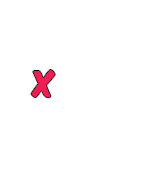 On Black Canyon at the Gunnison River

On the neighborhood of the largest reservoir in Colorado, the Blue Mesa, Gunnison River offers plenty of fishing opportunities for Trout lovers. Its waters are famously home to the state’s best rainbow and brown trout having some of the largest fishes up for grabs compared to any the place in the entire United States. The journey heading to the Gunnison River consists of windy and steep roads, but a 20 pounder Rainbow trout caught in your pouch would certainly eradicate any bumps you might have got while the drive as these sizes of Trout is quite normal when it comes to the Gunnison River. 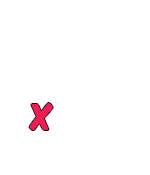 The river for lost souls in hell’ is the name given to this river by Spanish explorer Juan Rivera. Although, when you visit the place you won’t see anything like hell or even close to it as the river is surrounded by beautiful landscapes and scenic beauty. It’s located in the south west of Colorado and flows through a small town of Durango. The river was named Colorado Gold Metal Water fishing destination and quite frequently possessed 20 pounder Brown Trout but very difficult to catch. In case the Brown Trout escape your bait, you’ll have options of Rainbow, Cutthroat and even Brook Trout available here making your stay at Animas absolutely worth it.

One of the three highest mountain lakes in the country, the north Delaney Lake in Walden is located at the Delaney Buttes. It has the highest Trout percentage in the state, and generally, it does not get overfished because of the healthy habitat for the sustainable fish populace. One important fact to note is that the State Wildlife Division collects Trout Eggs from the North Delaney Lake to other state reservoirs to balance the Trout Population in Colorado. 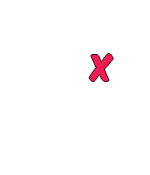 For all of those Anglers who like to stay close to the urban side of things a little, this place is for you. The Cherry Creek Reservoir is close to downtown Denver, and you’ll have all ease and convenience fishing in the 4000 acres cherry Creek State Park. You will be surprised at looking at the sizes of Walleyes here, in case you catch one obviously but if you don’t, then Rainbows would still be waiting in the wings to adorn your pouches. Have a BBQ grill on the sandy beach the park has to offer and enjoy the best catch of the summer, live there and then!