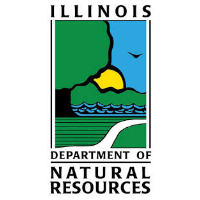 Situated in the American Midwest, Illinois is bordered by Indiana and Kentucky on its eastern border, and  is bordered by the Mississippi River from the west, which also creates the borders of Iowa and Missouri, its western neighbors. To the north, Illinois is bordered by Wisconsin and Lake Michigan, one of the five Great Lakes. The state is famously known as the Prairie State . This name was given to the state because of The Great Plains, which cover a wide swath of the state. The Great Plains is famous for green farmlands, low, rolling hills, and various wetlands. The biggest city in Illinois is Chicago (“The Windy City”), which is located on the southwest shore Lake Michigan. As a major American metropolis, it's famous for its skyscrapers, which are some of the tallest buildings in the entire North American continent.

The state of Illinois is considered extremely important for trade and manufacturing concerns because its close to places where raw materials are extracted and the markets where it’s sold, making it one of the most important commercial states in the country. Illinois is important as a hub for travel and transport, with its major airports, railroads, highways, and river/lake commercial shipping.  Millions of tourist dollars are spent each year by those visiting Chicago and Lake Michigan. The state is rich in history, and home to one of the earliest civilizations in North America: the “Mound Builders”. Many historical events have taken place in Illinois, including the Lincoln-Douglas debates of 1858, and the World’s Fair of 1933-34.

While the state is famous for its business, commerce and agriculture, it also boasts over a million square miles covered by lakes and streams.  Common catches in Illinois waters include: walleye, Atlantic salmon, muskellunge, white bass, brown trout, and lake trout. Apart from these, Illinois's lakes are also filled with lots of big catfish and largemouth bass.

Illinois offers some unique fishing scenarios. Therefore, head to Illinois to satisfy your fishing cravings. Fall comes in a bit early in this part of the country, and Angler’s love to head this way for getting a hold of the trophy-sized catches.  With 1.6 million acres of surface water spread evenly across the state, Illinois offers some unique fishing opportunities that some other states might not be able to provide. Here are some of the most amazing fishing spots in the state that shouldn’t be overlooked if you are planning a fishing trip.

The Land of Lincoln beckons to you with numerous waterways, wetlands and reservoirs, not least of which is The Great Lake, Michigan and the Mighty Mississippi river. Come for the fishing, and stay for the culture, entertainment and dining in America’s third largest city, Chicago. 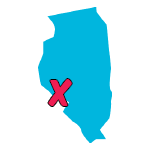 The Mississippi River is one of the most striking landmarks in eastern Illinois, and gives this state its own unique identity. Running across the state’s entire eastern border, from East Dubuque in the north, to Cairo in the south, the river is by far the greatest and the muddiest of the United States.  However, the river is by no means gloomy when it comes to fishing, and you’ll have the opportunity to grab some of the biggest catfish here - rare for many other fishing regions. Other notable catches of the Mississippi River are: walleye, bass, sauger, bluegill, northern pike, crappie and perch. 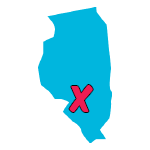 An artificial 6965-acre lake created for flood prevention and water adventures, this lake is home to most water sports, such as: skiing, kayaking, rafting, swimming, and other recreational water activities. Large areas of the shore  are planted with lotus blossoms, and the introduction of largemouth bass has somewhat stabilized the once-considered-extinct fish population. You’ll find largemouth bass from upwards of 16 inches or more. Spinnerbaits and lures are considered the best means to catch them. Crab Orchard Lake is also home to channel catfish, crappie, and bluegill, but the majority of the lake is filled with bass. 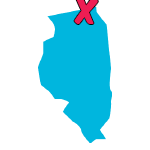 In Lake County nestled in Beach State Park, there’s a beautiful place called, Sand Pond that might appear smaller in size, but it boasts calm, sandy shores. Take some leopard frogs and western chorus with you and your fishing experience here will  be a once in a lifetime experience. In the summertime, the catfish tend to hide here, whereas spring is the time to catch Trout. The largemouth population here is good. There are also fair populations of: carp and bluegill. 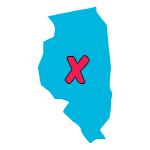 Known as one of the top-notch spots for catfish, Lake Springfield is a 3,850-acre lake on the southern outskirts of Springfield, Illinois. The vast, 50 miles of shoreline is filled with lush trees and private property, making it hard to do shoreline fishing. Nevertheless, there are fantastic areas where fishing from the bank is an option, including specified "fishing areas." There’s a marina, restaurants, boat launch ramps, and boat rentals to enhance your boating expeditions. Canoes and kayaks are popularly used for fishing and sightseeing purposes.  You will find camping, lodging, convenience stores, and RV spaces/hookups nearby as well. 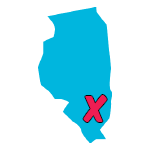 The southern part of Illinois is home to this wonderful 13-mile-long, 3-mile-wide reservoir situated in Franklin and Jefferson Counties, close to Benton town. The reservoir has almost 20,000 acres of water, and the storage capacity is around 200,000 acre-feet of water. This substantial storage enables 15 million gallons of water supply per day, making it among the top water reservoirs in the country. Other than its water storage significance, the 10 – 35 feet depth of this lake make it interesting for Anglers to explore the world underneath. Get yourself an eight-hour boat trip with essential supplies and a guide and your fishing trip to Rend will be full of largemouth bass, crappie, bluegills, and carp. 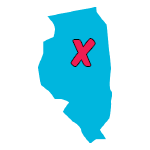 In 1970, the Evergreen Lake came into being in Bloomington County. Fish lovers visit this man-made pond just to take on the rainbow trout, muskie, saugeye and the white and black crappie here. The best way to fish is to rent a paddle or rowboat at a considerably low price as you won’t need any fishing license to fish here. Your rod and bait are the only stuff you’ll ever need! 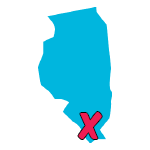 Devil’s Kitchen Lake is a 810-acre reservoir in the south of Illinois, mostly situated in Williamson County. This lake came into being due to the damming of the Grassy Creek and is surely a sight that mustn’t be overlooked. Largemouth bass are predominantly found here, but you cannot exceed the outboard motors by 10 horse-power, max. Certain regulations are needed to be taken into account while fishing at the Devil’s Kitchen Lake, such as: the watercraft to be used, the apparatus involved, and even the bait you use in its waters. Apart from largemouth bass, you’ll also get a good number of rainbow trout, bluegills, redear sunfish, yellow perch, and crappie. 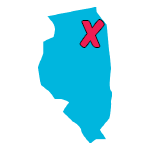 The Heidecke Lake is in the Heidecke Lake State Fish and Wildlife Area (southwest of Joliet), and is spread across 1300 acres of artificial cooling pond originally built to excavate the Collins generating Station. The perched part of the lake makes it a unique fishing destination but can sometimes be a bit touch-and-go when a hard wind is blowing around. The shoals of fish are a bit difficult to locate due to the variation in the depth of the lake, but the place is home to some unique species of fish, such as: Muskellunge, Hybrid Striped Bass, Pumpkinseed, Bullhead and many more.  give this spot a try. It’ll be well worth the effort. 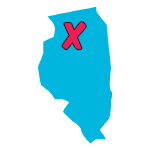 This massive wetland is located on the Illinois River southeast of Peoria. If you are a boat angler, a shore angler, or even both - this place is for you. With more than 200 clear water bodies in the surrounding area, you’ll surely lay hands on some trophy-size bass, pike, and walleye. Other species are also present, including: green sunfish, redear, crappie, bluegill, and channel catfish. 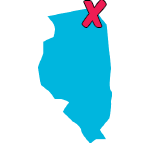 If you want to fish and have access to the attractions of a major metropolitan area, this place is for you. It forms the eastern border of Chicago, and your fishing trip could also become a fascinating family vacation. Lake Michigan is considered to be one of the most sought-after destinations in the entire state of Illinois due to its manageable geographical location, and the availability of lots of recreational activities. Fishing is one favorite pastimes on and around Lake Michigan, and you can have a great time on the water doing some kayaking or rafting. Lake Michigan also offers ice fishing in the winter season, and you’ll end up with some of the best salmon, whitefish, smelt, lake and brown trout, walleye and steelhead. A guide at the Michigan Lake would serve you well, and give you an idea of the presence of fish shoals of various kinds in different areas. Lake Michigan is one of the five Great Lakes of North America, and the only Great Lake located entirely in the U.S.