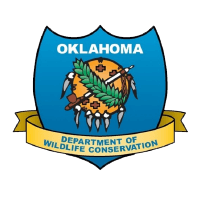 Oklahoma - the place where fishing is a way of life! It’s a state where a fishing license is purchased not just benefits the conservation efforts but also for fish species like trout, striped bass, and saugeye.

With more than 200 lakes and over a million acres of surface water, Oklahoma is a favorite state for angling adventure; from rod and reel to limblines, jigging, noodling and juglines, there’s a lifetime of experience awaiting.

We believe that when placed in comparison, getting a license is easier than finding a great place to fish. , is why we roll out some of the most desired fishing destinations in Oklahoma.

Why Is Oklahoma The Best For A Geared Up Fishing Experience?

Oklahoma is inexpensive, and you can spend less time driving and more time swimming, hiking, fishing, dining, and relaxing.

​Whether you are a novice or a pro at fishing, you will have a pool of options to pick great fishing spots in the state to cast your line. Evaluating the state, there are over one million surface acres of water to choose from.

So grab your pole and get ready to cast your line as we roll out the most amazing fishing spots in Oklahoma! 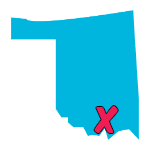 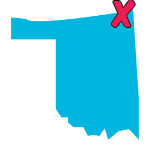 If you are looking for a premier largemouth bass fishery, then Vinita Lake Park is exactly the place that you are on the hunt for! The place also earns its beauty by the fact that the use of gas-powered motors is prohibited which makes this reservoir an excellent choice for a quiet and serene day of fishing. Currently, anglers can fish the lake dawn to dusk from Friday through Sunday. The park offers a boat ramp along with fire rings and picnic tables. The town of Vinita holds immense pride in keeping the lake open to the public for some excellent fishing. 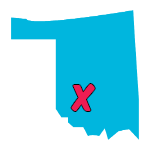 If you are an enthusiastic angler who is on the lookout of the best Rainbow trout, then Medicine Creek stocks the species. On top of that, the fishing is good all year long! Also, the place is an excellent choice for a family picnic because granite rock lines the banks of the creek, which makes it easy for t kids to access the creek. There is a little shop right in the Medicine Park, in case you are looking for live bait, ice, and other fishing supplies before hitting the water. The restaurants and shops which are at a walking distance from the park can also help you enjoy the adventure even more. 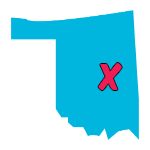 It would not be wrong to state that the largest lake in Oklahoma with approximately 600 miles of shoreline and 10,200 surface acres is the most desired fishing destinations. Lake Eufaula, which is one of the premier vacation spots in Oklahoma is also a popular fishing destination in the state. You’ll find sunfish, bass, catfish, crappie, and walleye.

If you have youngsters who are not ready to hit the lake, then there is a kid’s pond which is perfect for the whole family to enjoy the day. There is an enclosed dock which facilitates fishing in the colder months. Fishing is an extremely popular sport in the area, which is why the park also has a tackle shop and a marina. 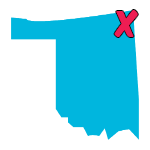 This comes as no surprise! Grand Lake is one of the topmost lakes for bass fishing in the country and even hosted the 2016 Bassmaster Classic. The shoreline stretches over 1,300 miles with over 46,000 surface acres.  The lake boasts of an abundance of crappie, and trophy sized catfish and bass. A wide variety ranges from smallmouth and largemouth bass, crappie and multiple varieties of catfish and hybrid stripers. Anglers can choose both from fishing off the bridge and on the banks at the park. 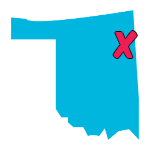 Lake Tenkiller is renowned for fishing competitions. It is actually a water paradise which offers year-round fishing. If you are looking for one of the best fishing holes in the country, then Lake Tenkiller is certainly a spot to visit, as ranked by Field and Stream. There are great spots around the lake for the best picks from black bass, striped bass, crappie, and walleye, to a variety of trouts. 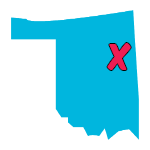 The second year-round trout fishery in Oklahoma where anglers can find brown and rainbow trout. There are several public access points at the 8 mile stretch of the river under the dam. Several state record Striped bass have been found on this river. 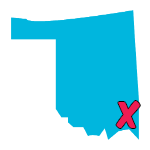 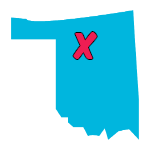 Within the Roman Nose State Park, one of the first state parks in Oklahoma, this 55-acre canyon lake is surrounded by scenic cliffs and streams. In winter, trout stocking takes place, and in spring, trout fishing (rainbow trout) tournaments are held. The park has modern camping and lodging facilities. 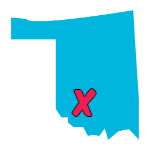 Make the most of your long-awaited fishing vacation by enjoying some of the most excellent spots that Oklahoma has to offer!