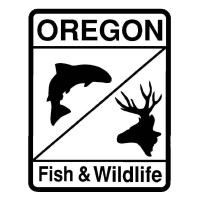 When it comes to discussing the fishing opportunities that Oregon has to offer angling enthusiasts, it is safe to say that Oregon boasts many such opportunities. This state offers a healthy number of wild fish hatcheries which replenish the state’s beautiful and immensely gorgeous streams, lakes and reservoirs.  Considering the number of beautiful spots Oregon has in store for you, we thought we should compile an Oregon fishing guide so that you can make the most out of your Oregon fishing trip. Also, it will help you plan which time of the year you want to visit the many fishing locations in Oregon.

Oregon’s year-round fishing includes native red band trout in eastern deserts, to rockfish and halibut in ocean waters. The wide variety of species which this state brings to the table includes salmon, steelhead, and trout. Even if your plan includes making a trip to a nearby neighborhood pond, or even to one of the state’s premier fishing destinations, Oregon will never disappoint you any time of the year! 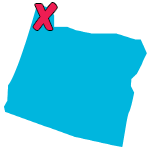 It is an easy drive north from Portland via highways 26 and 53 to get to Nehalem River. The North Fork is known for hosting some of the coast’s superior hatchery runs of Coho salmon and winter steelhead. In addition to this, it also boasts wild Chinook for harvest and wild steelhead to catch and release. The peak time for fishing trophy-sized winter steelhead includes November through January. From spring till fall the river produces wild cutthroat trout for you, while March offers an abundance of wild winter steelhead for all avid anglers. Sea-run cutthroat (also known as a “searun” or “blueback”) also make it to the river in March. In addition to the great yield that the Nehalem River produces, it’s also noteworthy that the hatchery has a lot of fishing access points, as well as being a remarkable fishing hot spot for anglers. Disabled anglers receive free fishing licenses. 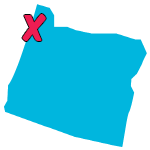 The Nestucca River is one of the hidden gems of Oregon which empties into the Pacific Ocean near Pacific City. It is commonly known as Big Nestucca and is popular for the yield of Chinook salmon and steelhead most times of the year. The plentiful fishing access which is along Highway 101 from Cloverdale up to Beaver, as well as a paved country road access to the upper river to Blaine and beyond, makes this spot worthy of attention. In April you will find Spring Chinook. However, a greater shoal of fall Chinook arrives at Pacific City in August. April also brings winter steelhead which is sought early into fall. If you’re in search of good fishing for sea-run cutthroat trout, then the second half of summer would be an ideal time for you to visit. 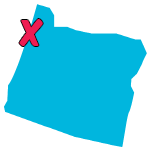 This bay is about an hour and a half west from Portland, and offers you the renowned, trophy-sized, fall Chinook, along with a huge sturgeon population. It has a decent bay fishery for spring Chinook, and lots of other species, as well as shellfish! Tillamook Bay serves as an estuary for five productive streams:

October is considered to be one of the most preferred times to visit here by locals and experienced fishing enthusiasts. However, the first fall Chinook appears in late summer. The tide decides whether salmon fishing would be beneficial from the jetties or not. Crabbing as well dropping a line off the Old Coast Guard Pier are also popular activities on the bay. When it comes to catching from the jetties - lingcod, rockfish, greenling, and perch are some of the common catches. You will also find them mostly around the rocks near the city of Garibaldi, which is on the north bay near Miami Cove. 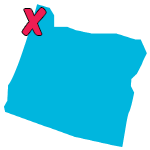 The Trask River is renowned by the locals for its Chinook salmon, with a flush in both spring and fall. However, in addition to this, it is home to Coho salmon and is excellent for wild winter steelhead. Are you looking for some of the best Cutthroat trout fishing? If so, then surely Trask River is the one place that you definitely cannot miss. Additionally, during mid-winter to early spring, wild winter steelhead offers exciting catch-and-release fishing. Steelhead (summer and winter) are known to stray into the Trask from other rivers and can be harvested if they have a healed-over spot where a wild fish’s adipose fin would be. 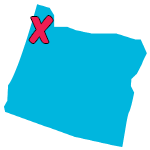 This River is known for being one of the top producers of salmon and steelhead on the Oregon coast, and runs along Highway 6 west of Portland. The fishing in this river is year-round, while hatchery (fin-clipped) summer steelhead comes into the game in May through early fall. In June or July, you may also find luck in catching a spring Chinook. In October and November, you’ll find bright Chinook, which are available until late December. When considering this spot, it’s noteworthy that both native fish and sea-run cutthroat trout can be excellent options. 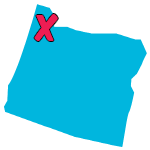 Located on Sauvie Island, the Gilbert River is about an hour north of Portland and is one of the most popular fishing spots in Oregon. Known for catfish, carp, salmon, crappies, sturgeon, bass and walleyes, you can fish from the shores, kayaks or boats - whatever you prefer. There is a boat ramp accessible, where you can also charter boats, as this river has mostly deep waters. You will find plenty of good bank fishing spots in many places along the river. 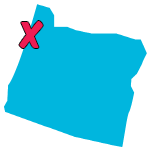 This River meets the Pacific via Siletz Bay at Kernville, located conveniently on U.S. Hwy 101. It runs in a northerly direction along State Hwy 229 from its source, near the town of Siletz, which gives the river its name. It’s noteworthy that great summer steelhead fishing takes place in the upstream river from May to July, and again in the fall. You can be sure to take home a fin-clipped steelhead from this river any month of the year. Note that Moonshine Park is an excellent starting point since many of the hatchery-bred fish accumulate here. There is also bank access farther upstream near Siletz Gorge, with private fishing lodging and paved roads for weekend anglers. Many of the summer steelhead meander here to escape the warmer waters downstream. 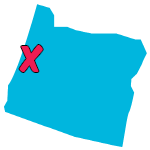 In this river, the summer steelhead wander up to the main stem of the Umpqua in early spring. The fishing begins as early as March and continues through the fall on the North Umpqua Fork, which has fishing access at John P. Amacher Park, Whistlers Bend Park, near Colliding Rivers, and just below Rock Creek. The main stem can harvest summer steelhead in springtime and early summer, while the fish are still moving, and before it gets too warm for good steelhead fishing during the summers. The South Umpqua Fork offers an excellent smallmouth bass population in the summer. Also, it has a hatchery winter steelhead run. 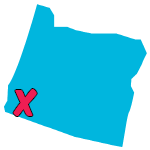 The Rogue River runs west through Southern Oregon passing by its namesake town and Grants Pass, before eventually meeting the Pacific and U.S. 101 near the coastal town of Gold Beach. The Rogue River is an incredible sport fishery for Chinook, Coho salmon, and winter/summer steelhead, having over 215 miles of fishable water.This River provides both standard, mature summer steelhead as well as the “half-pounder” steelhead. In the summer steelhead season, only fin-clipped steelhead may be taken. Steelhead enters the Rogue River nearly all-year-long. However, keep a look-out for them in early summer at the lower river in decent numbers and sizes. Some of the best summer steelhead fishing actually occurs in September and October upstream from Grants Pass, to below Lost Creek Dam. Bank access is also good in the upper river, including the banks from the hatchery down to the Highway 62 Bridge. 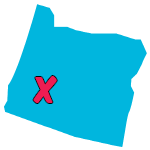 This Lake is located in the southwestern region of Oregon. It’s is one of the most gorgeous lakes you’ll find in Oregon. It produces large rainbow trout that have made it a favorite destination for generations of anglers. Diamond Lake is situated southeast of Roseburg, and just north of Crater Lake National Park. It grows enormous populations of aquatic insects that quickly turn stocked fingerling trout into steelhead-sized monsters. This Lake is open year-round and provides some of the best winter ice-fishing opportunities in the region. Traditionally, peak fishing season is in May or June after the ice is cleared. Fishing can be low key in the hot days of mid- to late summer before it rises again in the fall. Fishing with bait, trolling lures and fly-fishing all produce excellent catches.

The above-listed spots can give you a wide variety of yields to feast upon ranging from some of the finest trout, rainbow trout, winter steelhead and Coho salmon. So pack your bags, stock your tackle box and grab your favorite rod and reel to head over to one of these gorgeous destinations. So what are you waiting for? Get ready for an exciting Oregon fishing adventure!