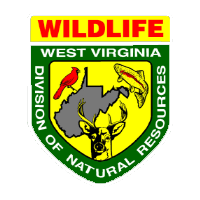 GET YOUR STATE FISHING LICENSE HERE.

Undoubtedly, fishing is one of the most popular outdoor sports pursued in West Virginia. West Virginia is an angler’s paradise with incredible fishing opportunities in virtually every valley, and at every turn of the river. With around 20,000 miles of streams and more than 100 fishing lakes, you can do everything ranging from fly-fishing, to a full-day guided fishing trip! Exploring the fishing destinations in West Virginia means diving into the exploration of popular ponds, discovering secret rivers, and looking up the perfect place to cast your rod.

Please note that residents/nonresidents between the ages of 15 and 17 years old are required to have a Junior Sportsman Fishing license. Additionally, they must be accompanied by an adult who is at least 21 years old. If you are above 65, you need to purchase a one-time West Virginia fishing license fish in the lakes. 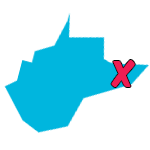 Located in the,“Panhandle” of Northeastern West Virginia, these rivers have been popular among anglers for many years, and the credit goes to the heavy populations of tiger muskie, largemouth bass, and walleye. The South Branch of the Potomac River is widely known for some of the best fly fishing in the nation.  You can also treat yourself to some of the best breakfasts in beautiful Harpers Ferry! 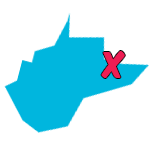 This Lake in Mineral County, Northeastern West Virginia, is popularly known for housing incredible trophy-sized walleye that anglers can treat themselves to virtually all-year long. It is a 952-acre lake in the middle of the North Branch of the Potomac River where you will find an abundance of walleye! Your luck might just turn around if you cast your rod at this hotspot. Otherwise, walleye can be a bit of a challenge to catch. 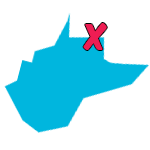 This lake, on the northern border shared with Pennsylvania, is a popular fishing spot for all ages and experience levels and covers a whopping area of 1,730 acres. The lake produces a large yield of largemouth bass, smallmouth bass, crappie, yellow perch, white bass, catfish and walleye. Cheat Lake is also popularly known for hosting several docks, piers and boat ramps which are fit for any perfect fishing adventure! If you love lake fishing, seriously consider Cheat Lake in Northern West Virginia. 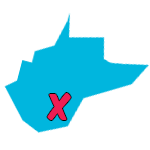 The Bluestone River makes its way through the beautiful wilderness of Southern West Virginia, and brings warm water fish like smallmouth bass, rock bass, and bluegill. Winters bring a fresh variety of options for you, and you can find stocked rainbow trout to feast on while enjoying this pristine wilderness region. Fly fish for trout and smallmouth, wade in the waters of the Bluestone River, and make the most of your summers.  However, the driest parts of summer when water is low, can be a challenging time to fish, so plan your trip ahead of time. The Bluestone River: a classic river in the heart of West Virginia. 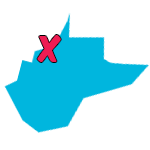 This lake, which stretches over 305 acres in Northern West Virginia, is home to many types of fish which include bass, muskies, catfish, and crappie. The depth of the lake is up to 36 feet in the center and is overall a warm water fishery. A paved boat ramp and handicap fishing pier is also available. Oh, and the great news for anglers is that it is also open for night fishing! However, make sure that you have a fishing license in hand. 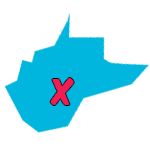 Located in Central West Virginia, this is the biggest lake in the Mountain state, and we’re sure that you’ll find that the lake brings some of the finest fishing opportunities that there are. A sandy beach or a spot in between cliffs can give you access to some amazing smallmouth bass and walleye. To add to this, beautiful scenery serves to be a perfect backdrop to any fishing trip along with family. Species found here include: rainbow trout, smallmouth/largemouth bass, walleye, and bluegill. 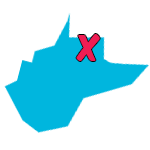 Pack up your bags with your whole crew and head to Tygart Lake for a weekend to enjoy incredible fishing over the Lake. Nestled in the rustic foothills of the Allegheny Mountains of North Central West Virginia, this 1,800-acre lake with over 30 miles of shoreline, can serve you some of the best panfish, crappie, channel fish, bass and walleye. You can unwind at Tygart Lake State Park, which is a 20-room lodge and sits upon a high peninsula which overlooks the beautiful lake below! Tygart Lake is the heart of Tygart Lake State Park - an outdoor leisure paradise. Swimming, camping, boating, hiking and fishing are all admirable in this lake. Fish species include: muskellunge, white/largemouth bass, perch, catfish, walleye, and crappie. 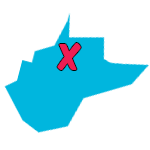 Up for some wonderful weekend fishing at Stonewall Jackson Lake? It has some of the best bass fishing in West Virginia. This lake only allows catch-and-release - which brings you larger fish here, as compared to other lakes around the state. Species found here include: carp, bullhead, channel catfish, yellow perch, and walleye. The Marina at Stonewall Resort brings you an opportunity for boat launch, pontoon rentals, marina shop, and boat slips as well as guided fishing trips. Perfect for family reunions or honeymooners as they can reside in one of the many gorgeous Stonewall Jackson fishing resorts. 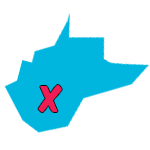 This is a 2,953-acre lake which is an excellent warm water fishery bringing you an amazing line of largemouth bass, bluegill, crappie, and channel fish. The lake is also known to be one of the top producers of trophy-size fish.  You can also fish the lake at night as it is a great fishing spot for catfish in general. The lake is a beautiful spot for a quaint and picturesque vacation. Even if fishing is not your main target here, there’s still lots of fun things to do with friends and family. It is worth spending a day here and earning some well-deserved relaxation for yourself. Please note that Plum Orchard Lake does not permit the use of minnows. 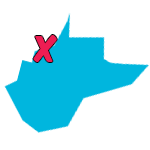 This is a 2600-acre lake park in Wood County, is great for fishing all year round. You get a great variety of rainbow, golden/brook trout, bluegill or largemouth bass here. Besides fishing, there’s a dog park and trails suited for hiking, biking, and equestrian activities.

West Virginia is home to some of the most remarkable fishing lakes in the East. Beautiful rivers, deep reservoirs and high mountain streams provide the perfect accent to your next fishing expedition, where you can have plenty of opportunities to hook up bass, trout and a variety of other game fish. So pack your bags, stock your tackle box, grab your favorite rod and reel, and head out for some spectacular fishing in West Virginia.