Arizona's reservoirs, state parks, and lakes are idyllic for fishing enthusiasts due to the state's abundance of natural wonders and beautiful landscapes. Not only is Arizona one of the best places to find plenty of fishing opportunities but its diverse wildlife and varied habitats are perfect for fishing.

Far from being just a dry and thirsty desert, Arizona is home to more than 400 bodies of water suitable for fishing and camping. In this state, you can choose between fishing in hot or cold water- and find a place where the fish are biting at any time of the year. You will be able to park your RV and spend a few days, camp out in tents, or find some good lodging if you want to stay longer. No matter how long your stay, you’re sure to find some great fishing.

To fish in the Arizonian lakes and rivers, you will need an Arizona general fishing license from the Arizona Game and Fish Department (azgfd.gov). However, if you suffer from visual impairment or are under 14 years of age, you do not have to have a license. If you are camping or fishing on one of the Arizona Native American Indian reservations, you will need a fishing and camping permit from the tribe whose land you are visiting. You will also need to obtain a cruising permit to backpack, boat, and camp near the fishing waters in the Grand Canyon and most of the wild areas in the state

The main rivers of Arizona are dammed, so it will be easy for you to fish and camp near reservoirs. Some of the state's largest lakes that allow dispersed camping along its shores are Lake Powell, Lake Mead, Lake Mohave and Lake Havasu on the Colorado River and Lake Roosevelt, Lake Apache, Lake Canyon and the Saguaro Lake on the Verde River. Small mountain lakes are found in the ponderosa pine forests in the White Mountains and Mogollon Rim in the northeastern parts of the state.

Many fishing lakes and rivers are located within one of Arizona's six national parks or on public lands managed by the Bureau of Land Management. Both entities offer camps developed near the occupied lakes, as well as allow camping scattered on public lands. State parks with camps are also located near some popular fishing spots, including Lake Havasu, the Colorado River, Roper Lake, and Alamo Lake. Keep in mind though, that scattered camping is not allowed in state parks. Camps developed in Arizona can be as simple as a fire pit, picnic table and the level of the tent pad with the vault bathrooms, or can include electrical and water connections, hot showers, flush toilets, and water potable.

Cold weather in most of the US brings a perfect climate for camping and fishing in Arizona. Visit the waters in low-lying areas, such as the Colorado River and its reservoirs or lakes just outside of the Phoenix metropolitan area, such as Bartlett, Saguaro or Pleasant. When temperatures start rising more than 100 degrees in the lowlands, head up to the highest elevations in the Mogollon Rim. Try Oak Creek, the Green River and numerous cold-water lakes in northern Arizona.

Oak Creek in north-central Arizona has some of the best brown trout fishing in the state, according to the Arizona Game and Fish Department (azgfd.gov). You can also catch seven other species of cold water fish, including various varieties of trout, Arctic grayling, perch, and pike. Nineteen warm-water species are found in the low desert canals and may include varieties of bass, tilapia, catfish, bigmouth buffalo, crappie, walleye, chub, and sunfish. Urban lakes in Tucson, Phoenix, and Payson are full of trout, catfish and bluegill mojarra.

GET YOUR ARIZONA FISHING LICENSE HERE.

For people looking for new local spots to fish in this great state, it is time for you to pack your fishing gear and head up to the 10 best destinations to fish in Arizona. 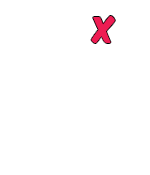 One of the many northern reservoirs in Arizona, Lake Powell is a fishing destination that is popular among fishermen year round. If you're looking to reel in large number of fish, then this place is genuinely stocked with striped bass, walleye, channel catfish, crappie, and bluegill. Why not enjoy the beauty and solitude of fishing across the shorelines that stretches over 1,800 miles? Consider this jewel of the Colorado River an opportunity to own a new record catch. 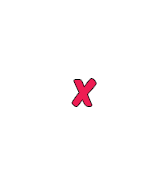 Tonto National Forest hosts one of the most famous lakes in the Arizona state, the Roosevelt Lake, especially when it comes to bass fishing. The lake is known for its 20,000 acres of warm waters and brush covers that allow the bass fish population to thrive. The nutrient-rich forage produces one of the best white bass, striped bass, and catfish across all the state lakes. 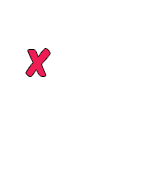 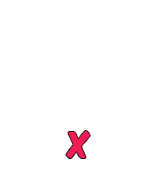 Located just an hour's drive from Tucson, Patagonia Lake State Park is a great place to fish along the shore and on a boat. Filled with large populations of a variety of fish, this sleeper lake regularly produces a large number of bass, flathead catfish, channel catfish, crappie, and bluegill. You can easily reel in a 5 to 8-pound bass in this 265-acre man-made lake that also has Christmas tree bundles in the lake for additional cover. An ideal location for fishing, the shoreline brush, and water vegetation provide cover for the population of different fish species like the large bass. 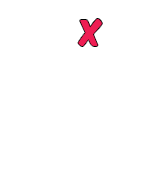 Lees Ferry is the best place for fly fishing all across the state of Arizona with crystal clear waters and idyllic landscapes of towering cliffs of pink, orange, and red. Just outside of Page, this 13 mile stretch of the Colorado River has an amazing population of rainbow trout that can be as big as 18 to 22 inch. The consistent water temperatures allow the fish to be strong and healthy all year long. 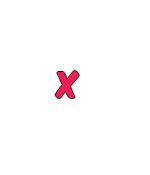 Every power boat owner's dream is to reach a place like Lake Pleasant which is nestled just a few miles of Anthem, a popular location in the Phoenix area. This is absolutely the place to find a variety of fish, from bass to catfish and tilapia. The 10,000-acre lake has a 116-mile shoreline that is ideal for both boat and shoreline fishing. The beautiful waters of Lake Pleasant are home to the largemouth bass and more popular than that, the white bass population. The best time to fish is during dusk and dawn due to the weather conditions of the Sonoran Desert that change quite often. 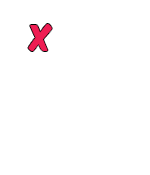 More than 290 square miles of Lake Mead makes fishing the favorite pastime of the local fishermen who can find largemouth bass, striped bass, channel catfish, crappie and bluegill in the largest reservoir in the United States. The 700 miles of shoreline is plenty of space to have a day worth of fishing because not only will you find rainbow trout in nearby Lake Mohave, but if you move further to Willow Beach, you will be able to find big trout. The ideal place to catch fish of over 40 pounds, Lake Mead and the lakes near to it are always ready for an adventure. 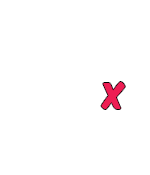 Big Lake is just a few miles south of Greer, located in the White Mountains of North Eastern Arizona. Particularly popular for its variety of trout, Big Lake is considered to the best trout fishing spot in the world. Home to the high-value rainbow, brook and cutthroat trout species, you will enjoy the high-altitude fishing destination 9,200 feet above ground level. It is recommended that you plan an overnight stay whenever you plan to go to Big Lake and don't worry, there are different boat rentals, bait and tackle shops available near the fishing spot. 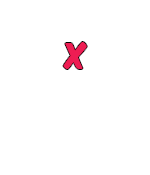 Dogtown Lake gets its name from the extensive prairie dog towns that once covered areas around and near the lake. The lake is historic not only because of its name but also because of its peaceful medium-sized body of water that is surrounded by trees and uncrowded landscapes. An excellent location for trout fishing, the Dogtown Lake is just seven miles southeast of Williams. Fishing enthusiasts will find the lake stocked with trout, crappie, and channel catfish. But that is not all - you can also go hiking, kayaking and mountain biking alongside the area's natural landscapes. There is so much you can do when you're there. 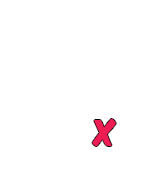 Located on an elevation of 9,000 feet, Riggs Flat Lake is present in the Pinaleno Mountains that also hosts a combination of beautiful views and a perfect getaway fishing spot. The lake features a various number of trout that include brown and brook in the summer, and rainbow in the winters. Visitors from all around the United States come to Riggs Flat Lake because of its beauty, and the fishing adventures are all but boring.